Adult Red-tailed Black Cockatoos are around 60 centimetres (24 in) in length and sexually dimorphic. Males are completely black in colour, excepting their prominent red tail bands; the slightly smaller females are brownish-black with yellow barring and spotting and have yellow-orange tail stripes. The species is usually found in eucalyptus woodlands, or along water courses. In the more northerly parts of the country, these cockatoos are commonly seen in large flocks. They are seed eaters and cavity nesters. As such, they depend on trees with fairly large diameters, generally Eucalyptus. Populations in southeastern Australia are threatened by the reduction in forest cover and by other habitat alterations. Of the black cockatoos, the red-tailed black is the most adaptable to aviculture,although black cockatoos are much rarer and much more expensive outside Australia. 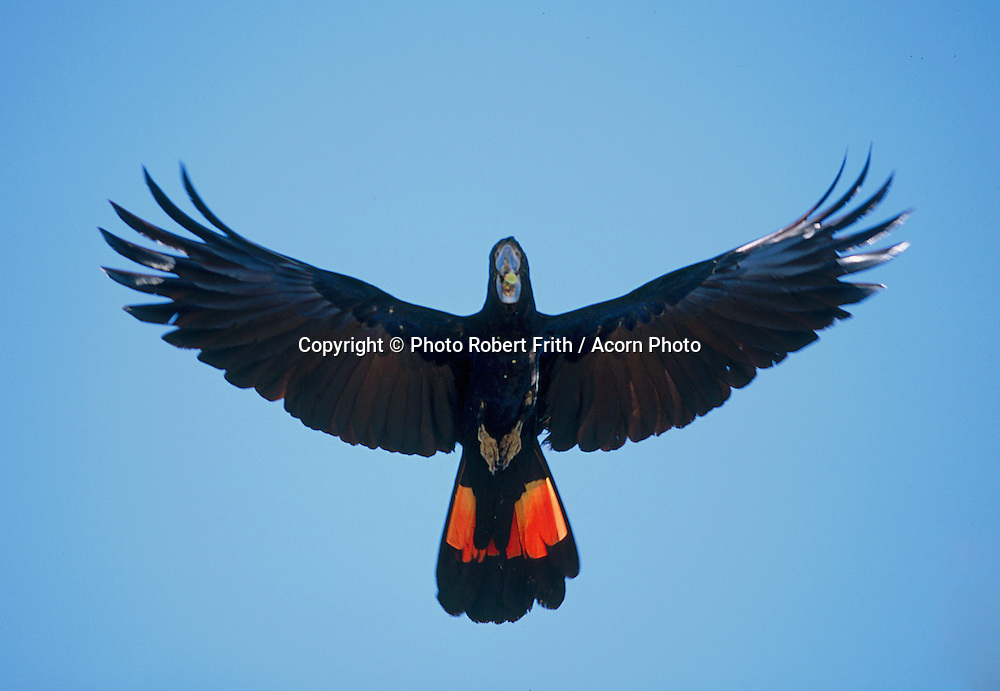