Paganin House is a residential dwelling in Floreat, a suburb of Perth, Western Australia, built in 1965. It is one of the best-known buildings designed by Bulgarian-born architect Iwan Iwanoff and is an iconic example of mid-century modern architecture in Australia. In December 2015, it was damaged significantly by fire

The Paganin family sold timber and marble, which encouraged extensive use of both materials throughout the house by Iwan Iwanoff, including a notable marble front verandah. The four-bedroom home has an open, practical layout, and according to the president of the Western Australian chapter of the Australian Institute of Architects, Phil Griffiths, is "very expressionistic, very creative, and quite brilliant". Construction was completed in 1965.

The house was recommended for listing in the State Heritage Register in 2006 (place number 17607). The property's original features were maintained and restored, and it was sold at auction by its second owner for $2.2 million in April 2013.

Late afternoon on 21 December 2015, police officers conducting a traffic stop outside noticed the house was on fire. It took two hours for the Department of Fire and Emergency Services to contain the blaze. The owners were overseas and the fire was not suspicious. Arson investigators from the Western Australia Police found it was a "non-determinate fire". They were unable to ascertain the source because of the open plan layout and widespread use of timber in construction and decoration.

In 2015, the home was described by WA State Architect Geoff Warn as "an excellent balance of European elegance and the infamous open-plan Case Study Houses in and around Los Angeles". Warn said Iwanoff was "like our local Gaudí" and "the loss of this house is the loss of a local treasure".Paganin House is a residential dwelling in Floreat, a suburb of Perth, Western Australia, built in 1965. It is one of the best-known buildings designed by Bulgarian-born architect Iwan Iwanoff and is a 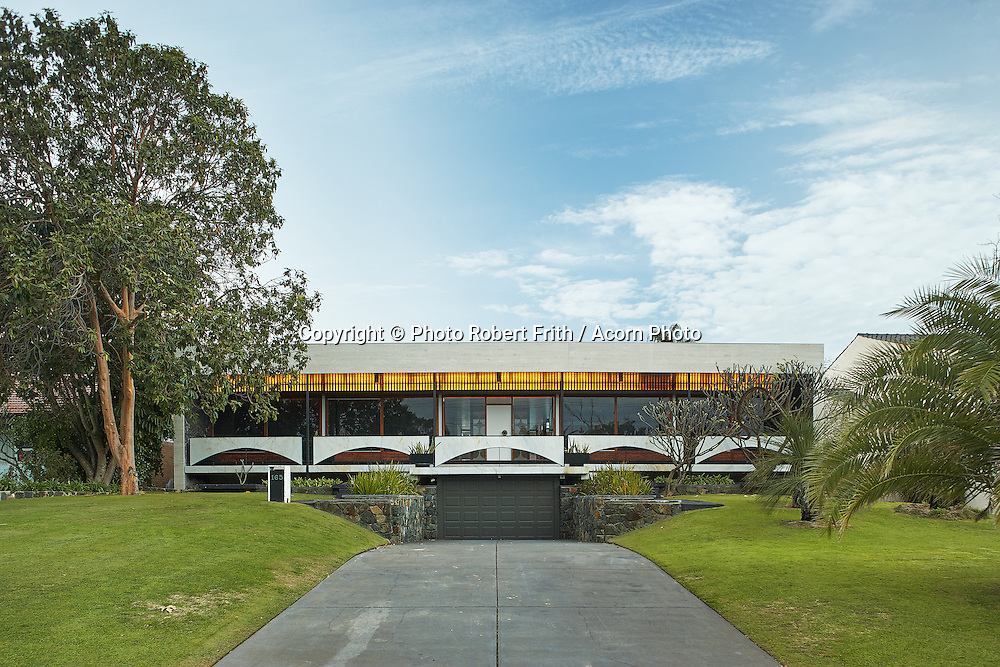